As the end of the tax saving season approaches, ELSS funds are likely to see heavy inflows. Among tax saving avenues, these funds have the highest potential for wealth creation over the long term. But not all funds live up to this promise, so investors should look at the fund track record before investing.

We looked under the hood to check how ELSS funds have fared. To analyse the funds’ track record, we studied the degree of consistency in beating index as revealed by rolling returns and the fund’s downside performance as revealed in the downside capture ratio.

The time period for this analysis is over three and five years. For the rolling return, we checked the funds’ performance over three-year time frames rolled daily for the past five years as also over five-year time frames rolled daily for the past seven years. The downside capture is considered over the past three and five years. A low downside capture ratio suggests the fund has managed to limit the erosion in fund value during a falling market. When a fund does this consistently, it puts its performance on a strong footing over the long run. Our analysis of this basket shows that only a few schemes stand out.

This fund run by Shridatta Bhandwaldar boasts a near perfect track record in consistently beating its benchmark index in recent years. It has beaten its index 100% of the times over three year time frames spanning the past five years. Even over five year time frames, the fund has beaten its index 99.6% of the times. The fund runs a fairly diversified portfolio with a strong emphasis on quality. The fund avoids companies that have weak balance sheets or are over-leveraged. That has helped restrict drawdowns, as is evident in its down capture ratios—among the lowest in its category over both three and five year time frames. This allows it to outperform comfortably across cycles, despite enjoying lower upside capture relative to the index. Meanwhile, its standard deviation (19.9 and 17.35) over these time periods is also contained.

2. Mirae Asset Tax Saver
Launched in 2015, the fund only has a limited track record but has firmly established its credentials in such a short time span under the stewardship of Neelesh Surana. Three year returns rolled daily over a five year period reveal this fund has outperformed its benchmark index 100% of the times. Over five year time horizons, the fund averages a stunning 21% since its inception—the highest in this category. Comparatively, its index has averaged 12% over similar horizon.

The fund is not among the best at cushioning the downside, yet fares better than its index across both time periods. What gives it the edge is its superior upside capture (107.08 and 106.34) relative to peers. Many of its peers have exhibited lower standard deviation but it is in line with its index at 21.95 and 18.90 respectively.

Also read:
How to pick the right ELSS for tax saving

3. Axis Long Term Equity
The largest fund in this category with Rs 33,785 crore in assets, this fund has seen a dip in its return profile recently yet remains among the better performers. Steered by Jinesh Gopani, this compact fund has outperformed its index 95% of the times over three-year time frames and 85% of the times over five-year time horizons.

With its firm quality bias and tactical cash calls, the fund boasts a strong downside performance. It has captured just under 90% of the index declines over the past three and five years. This has put the fund on a strong wicket despite capturing lower market upside than many peers. It has also exhibited lower volatility than the index over both time frames with standard deviations of 20.38 and 18.01.

4. BOI AXA Tax Advantage
Managed by Aakash Manghani, this Rs 546 crore fund has been punching above its weight for several years now. It takes a differentiated approach compared to most peers, taking sizeable exposure to midcaps. Its track record over five year time frames is impressive, having beaten its in dex 100% of the times in last seven years. It has a healthy run rate over three year time horizons as well, beating its index 78% of the times in last five years. Its downside performance is noteworthy, capturing only 75% and 87% of the index declines. This has been supplemented by a higher upside capture to deliver wellrounded performance across market phases. This has helped the fund rank in the top quartile across both time frames. This performance has been generated without showing high volatility with standard deviation of 20.14 and 19.11.

Investing in mutual funds via Paisabazaar? Here’s what you need to know

Investing in mutual funds via Paisabazaar? Here’s what you need to know 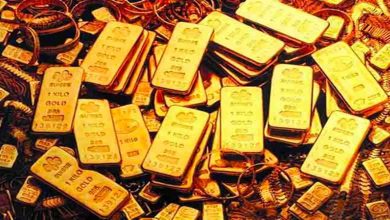 Your Queries | Mutual funds: Use gold as a diversifier, it can go through long periods of underperformance 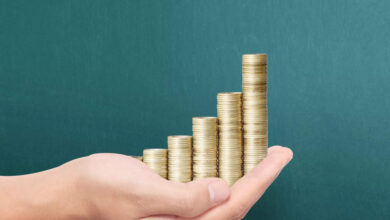 Index funds in demand with visibility on returns, low risk Mutual fund: Income tax rules on switching to another plan of same scheme