The index is at its highest since March 4. Japan’s Nikkei jumped 2.5% to touch a two-month top and the moves follow a gain of 1.1% for the S&P 500 and nearly 2% for the Nasdaq in overnight trade.

Bond markets extended their retreat as investors braced for the Federal Reserve to take an even more aggressive approach to taming inflation. Two-year Treasury yields are up 76 basis points (bps) in March and 10-year yields are up almost 60 bps to 2.4154%, the highest since 2019.

The selloff, which began months ago, gathered momentum in recent sessions after Fed Chair Jerome Powell flagged the possibility of bigger-than-usual interest rate hikes. As a result, the rates-sensitive yen plumbed six-year lows of 121.41 per dollar on Wednesday.

“The move higher in yields stretching over the past two weeks has been the largest one since the global financial crisis and even then the moves were within a couple of basis points of what we are experiencing now,” said NatWest Markets’ rates strategist Jan Nevruzi.

“At some point the market might start pricing in an economic downturn, particularly if the Fed embarks on a series of 50 bp hikes.”

For now, investors have been impressed by U.S. economic strength – notwithstanding headwinds from war and inflation – and are wagering that big businesses with good cashflows can hold their own.

Tech behemoths Tencent and Alibaba and food-delivery giant Meituan led the Hang Seng tech index up by more than 3%.

Bonds in Asia were kept under pressure on Wednesday though the volume of selling moderated a bit. Ten-year Australian government bond yields rose 3.5 bps to 2.776%, anchored Japanese 10-year yields edged up to 0.222%, close to testing the Bank of Japan’s 0.25% ceiling.

In currency markets, analysts saw little hope for a reversal in the yen’s fortunes as the policy gap between Japan and the rest of the world was widening and high energy prices were taking a toll on the country’s trade balance.

The yen has lost 6% in a week against the Australian dollar, which has benefited from soaring prices for Australia’s commodity exports.

A broadly softer U.S. dollar helped the Aussie and kiwi to their highest against the greenback since last November, with the Aussie hitting $0.7477 and kiwi $0.6973.

Bond yields likely to hold high at over 7% in FY23

Sovereign green bonds a boost for green economy. What next?

Exodus from bond funds is mitigating the stock market’s swoon

As gilt yields rise, an RBI step from 2018 could be a blessing for banks’ capital position

Bond yields likely to hold high at over 7% in FY23

Sovereign green bonds a boost for green economy. What next?

Exodus from bond funds is mitigating the stock market’s swoon

As gilt yields rise, an RBI step from 2018 could be a blessing for banks’ capital position

Patanjali-backed Ruchi Soya FPO opens Thursday; what should investors do? 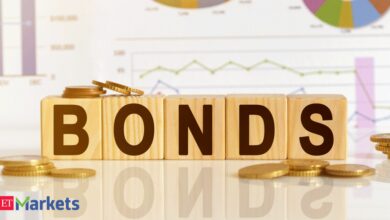 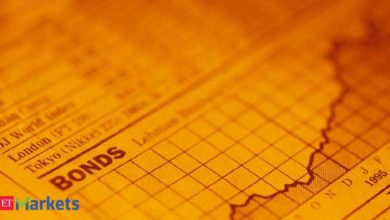 Which debt mutual funds to bet on as yields spike after Budget? 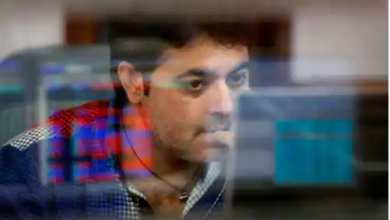 Impact of Omicron on emerging economies to depend on restrictions, policy support: Moody’s