In a key development, TPG will invest Rs.7,500 crore or $1 billion in the EV subsidiary of Tata Motors. The investment will be made over 18 months. In exchange, TPG will get a 11% stake in the EV business valuing the EV business at $9.1 billion approximately. Apparently, some sovereign funds had also been in contention for the deal. Tatas plan to enhance the EV composition in the overall portfolio from the current 2% to 25%. Maruti is the only large player that has chosen to stay out of the EV race on feasibility grounds.

Retail inflation for the month of Sep-21 fell to a 5-month low of 4.35%. Inflation has now fallen by nearly 200 bps since its May peak. Food inflation was sharply lower at 0.68% even as core inflation continued to remain elevated at 5.77%, largely due to the downstream effect of higher fuel and transport prices. The sharp fall in inflation can be partly explained by a higher base effect. With crude price at $84/bbl and petrol and diesel on an upswing, most economists have warned that the risk of inflation spike is real.

IIP in a Stable Position

IIP for Aug-21 came in stable at 11.9%, compared to 11.5% in July. The base effect is waning and that is good because the growth is now more genuine. The good news is that on a 2-year pre-COVID basis, the IIP has finally shown a decisive growth of 3.88%. Manufacturing output grew at 9.7% in Aug-21 but on a pre-COVID basis, it is still marginally lower. Mining and electricity showed much better growth rates. One positive cue was that capital goods output grew 19.9%. High frequency indicators of growth are positive.

RBI issued licence to the consortium of Centrum and BharatPe to set up a small finance bank, Unity SFB. It will start operations with a loan book of Rs.1,500 crore. This SFB will take over the operations of the beleaguered PMC Bank. Former Stanchart head honcho, Jaspal Bindra, will drive the business and Unity SFB will be a wholly digital bank. Centrum will merge the SME and micro-credit businesses of Centrum with Unity SFB for Rs.426 crore. Centrum and Bharat Pe will infuse Rs.1,800 crore as capital into the SFB.

MobiKwik turns unicorn ahead of its IPO

MobiKwik, which is scheduled to launch its IPO shortly, has become a unicorn i.e. a digital play valued at over $1 billion. This valuation is based on the price at which former Blackstone head, Matthew Cyriac, enhanced his stake in MobiKwik. The start-up was valued at $720 million during the last funding round from Abu Dhabi Investment Authority in May-21. SEBI has approved the Rs.1,900 crore IPO of MobiKwik, which is expected around Diwali. The IPO will include fresh issue of Rs.1,500 crore and OFS of Rs.400 crore.

Civil Aviation On A Step

Ministry of Civil Aviation has finally scrapped the cap on domestic flying capacity to allow normalcy to return to operations. Capacity caps have been in existence since May-20 and currently the cap stands at 85% capacity. In the light of the current status of scheduled domestic operations and the rising demand for air travel, the said decision to restore 100% capacity has been taken. However, all airlines shall adhere to the guidelines to contain the spread of COVID. This is likely to be a positive boost for airline companies.

To address the current coal crisis in India, government allowed power producers to expedite imports of coal for up to 10% blend with domestic grade. This will help meet the enhanced demand. Already, several states were facing power outages and the government needed to act before the crisis deepened. India’s thermal power demand has been rising and Coal India has struggled to keep up supply. The government has also warned that no state should sell power on the power exchanges before catering to consumers.

Tata Power Solar, one of India’s leading integrated solar companies, has secured an order to build 100 MW of distributed ground mounted solar projects. This order is for Energy Efficiency Services Limited. The total order is valued at Rs.538 crore and has to be commissioned in 12 months. With this latest order, the EPC order book of Tata Power Solar stands at 4 GW capacity with value of Rs.9,264 crore. Tata Power has executed some marque projects like 150 MW at Ayana, 400 MW at Dholera and 105 MW at Kayamkulam.

Focus back on US banking stocks, S&P 500 Q3 earnings 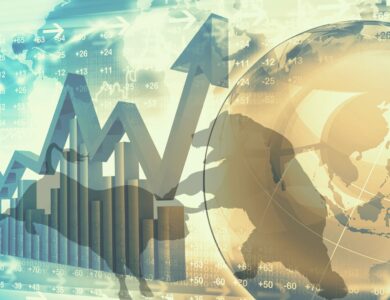