The biggest IPO in Indian markets

As a result of the central government cutting excise duty on petrol by Rs.5 and on diesel by Rs.10; combined with state level VAT cuts, the incidence of taxes on petrol has fallen from 50% to 40%. Of course, this still carries the risk of a spike in crude prices, which has already gone up to $81/bbl in the previous week. While most of the BJP ruled states have lowered VAT, majority of the non-BJP states are yet to follow suit. Petrol pump dealers earn Rs.3.85 per litre commission on petrol and Rs.2.58 per litre on diesel.

There is finally some visible traction on coal dispatches in the month of October. For example, the coal dispatches to power sector in Oct-21 increased 27.13% to 59.73 MT. This was on the back of spurt in power demand and an unprecedented 4-fold spike in import prices. In the last 2 months, the power sector got into a crisis with inventory down to just 2-3 days of output in most cases. This came at the cost of the sponge iron sector which saw supply of coal fall 29.2%. Even coal dispatches to cement sector fell 33%.

It is reported that CDSL Ventures, a subsidiary of CDSL, may have exposed personal and financial data of over 4 crore Indian investors twice in the last few weeks. This was reported by cyber security consultancy start-up CyberX9. CDSL is India’s largest depository in terms of number of demat accounts, although the custody value of NSDL is more than 85%. According to the CyberX9 report, the vulnerability on 19-Oct had taken 7 days to rectify. It is not yet clear if any outside person has been able to lay hands on the data.

China October exports continued to grow as it announced merchandise exports of $300 billion for Oct-21, up 27% on a yoy basis. Exports are also substantially higher than pre-COVID levels. With total imports at $215.50 billion, China announced a merchandise trade surplus of $84.5 billion. China ran a trade surplus of $40.7 billion with the US and $25.9 billion with EU in Oct-21. India had an annual trade deficit of $44 billion with China in FY21. China suffered tough regulatory crackdowns and imploding Evergrande crisis.

According to the Indian Met Department, Oct-21 marked the heaviest rainfall in the last 120 years. The heavy rains in October this year were due to the remnants of the Southwest Monsoon with Kerala alone getting 589.9 mm in October. This not only made up for the deficiency in the June-July months but also gave a boost to the Rabi sowing, which promises an overall bumper crop this year. This is good news for agriculture sector as it will ensure that grain output is on target. This is also likely to temper CPI inflation.

Interesting cues for the market

This week will have some interesting cues for the market. There will be the last batch of Q2 numbers as well as some key data points like CPI inflation and IIP data announced this week. The week will also be marked by 3 major IPOs of Paytm, Sapphire Foods and Latent View Analytics. At the same time, Nykaa and Fino Payments Bank will list this week. Inflation from the US and China will be key after the hawkish note by the Fed last week. Big earnings include, Britannia, M&M, BHEL, ONGC and Tata Steel.

What do you think as the interesting cues for the week?
Write your opinion in comment section below 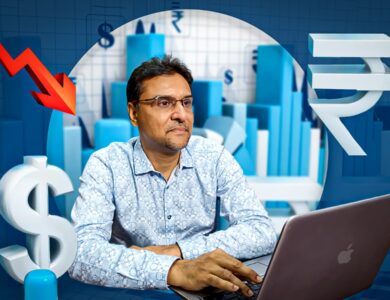